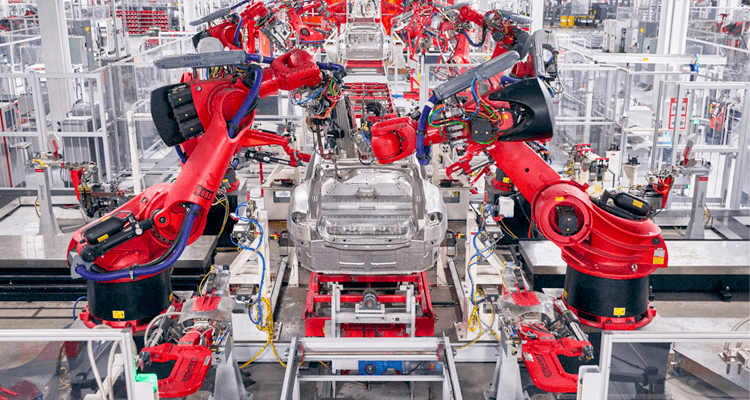 U.K. Economy Returns to Growth in May

The U.K. economy has bounced back positively in May, thanks to working resumptions across car factories following shutdowns. The shutdowns in April were due to Brexit-related actions.

Figures from the Office for National Statistics showed the effect on U.K. GDP as the variation experienced was 0.3% growth after an initial decline in April. Notably, April represented a month expected for the U.K. to leave the EU before political underpinnings over the terms of departure twice led to Brexit delays.
The consistent increase in growth was in line with many economists forecasting on the UK economy, as they were driven by British factory industries, where influx in productivity was expected. Notable manufacturers prepared for any likely interruption around the U.K.'s intended departure date initially. Car manufacturers put their factories back on track after experiencing an idle April.
The 0.3% rise in GDP suggests a significantly slow economy in the second quarter, but it possibly evades an outright shrinkage. Driving growth was the manufacturing subdivision, as vehicle production returned to normalcy. Low production was experienced in the preceding months after auto giants, BMW and Peugeot, carried out a prescheduled shutdowns strategy.
In May, car production rose by 24%, compared to the drop in April. Both movements were the biggest since 1995. Manufacturing output recovered as well with a whole increase of 1.4%, providing a significant contribution to the general expansion.
The statistics office, ONS, also points out that the GDP may likely hit, unless June output accomplishes another small burst, but surveys from purchasing-manager highlighted a dismal picture for June, with organizations feeling the political pressure and uncertainty as to the new October 31st deadline for Brexit draws near.
While the U.K. economy is expecting a likely growth in the third quarter, Mark Carney, Governor of Bank of England, has his view. In recent times, Mark Carney noted the more significant downside risks to this stance concerning global trade tensions and rising probabilities of a no-deal Brexit. New policy decisions should be expected on August 1.
The European Commission published its Economic forecasts also highlighting the quiet second quarter. The predicted growth of 1.3% by the EU's executive arm is expected for this year and next. Though those projections are founded on a technical postulation of no alteration to trading routines with the bloc, they do not take into account any interruption likely initiated by Brexit. Some notable points include
The 4.2% slump experienced by the Manufacturing sector in April, rose 1.4% in May.
Car production also had its increase but still, maintain lower levels as compared to the beginning of the year.
An increase of 1.4% in Total industrial production with construction gaining 0.6% m/m.
Economies of Japan and Germany are also likely to observe a slow second quarter as trading tensions looks to affect global growth. The growth figures for the second quarter are due for publishing on August 9.